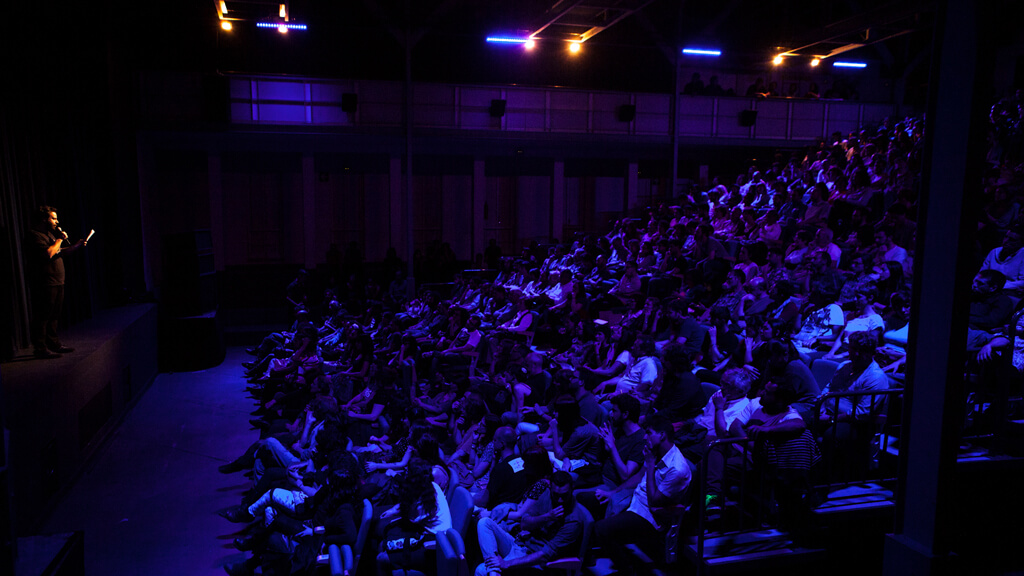 Festival ZEMOS98 was the event that set the pace for ZEMOS98’s cultural activity. and featured audiovisual projections (especially shorts and documentaries), audiovisual source codes, common thinking activities and musical activities (audiovisual concerts, experimental music and concerts in people’s homes). This annual mass of activities highlights the importance of a specific research theme or process that in many cases resulted in the publication of a collective book of essays and academic articles. The festival itself has been an experiment in formats and a continuous trial in how to get the public to relate to content through communication and exhibiting proposals.

Through a research process led by ZEMOS98 in collaboration with other agents, mechanisms of mediation are developed (understood as workshops, presentations, seminars or residencies) that focus on subjects such as creation and collective intelligence, mechanisms of control, proposals beyond television, Copylove, Expanded Education, migration as represented in the media and caring for the commons. This theme is then tied into a programme of activities, which includes the development of Audiovisual Source Codes, a media format that combines a public talk with a film screening, in which the presenter uses audiovisual fragments to develop or define key concepts within the theme. Another one of the festival’s lines of work has included live music programming that dialogues with different forms of audiovisual narrative through the Live Cinema. Experimental music programmes, artistic installations and performances, theatrical works, concerts in unusual spaces and parties were also developed on a case-by-case basis.

Festival ZEMOS98 has been an important research and development laboratory for different forms of mediation. It has also been the stage for the unfolding of everything that goes into a cultural event (programming, production, communication, documentation) in terms of hospitality and public return as we understand it at ZEMOS98. The festival has also been a place where we have deployed reflective tools that now constitute our modus operandi.