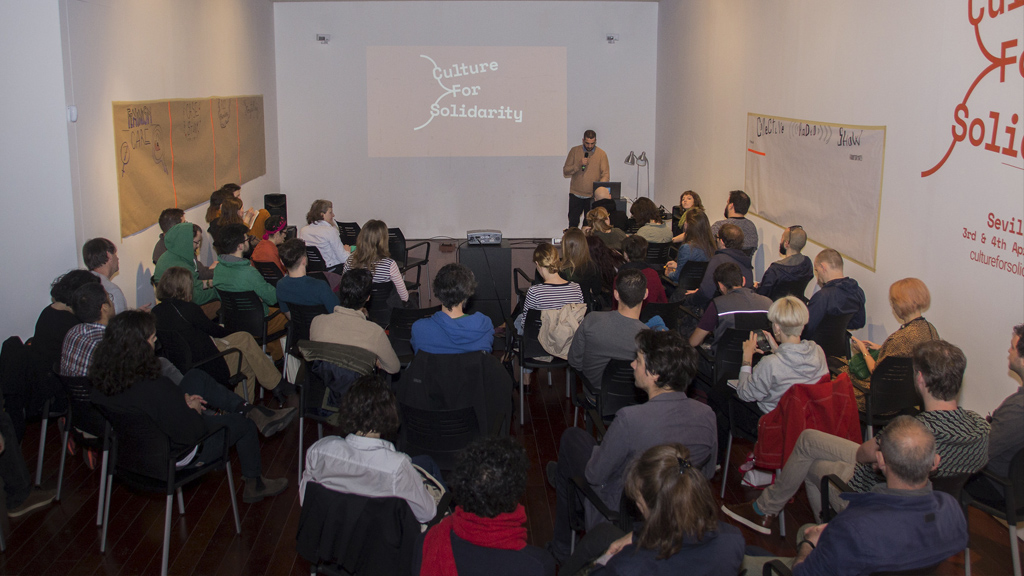 Culture for Solidarity is an artistic research project, conducted over the past two and a half years, that seeks to analyse and propose solutions to the fragmentation and polarisation that is being experienced in Europe. Led by the European Cultural Foundation (Amsterdam), Krytyka Polityczna (Warsaw) and ZEMOS98 (Seville), its main objective is to foster solidarity, highlighting and responding to cultural, artistic and social practices that promote inclusivity, generate solidarity and encourage dialogue among citizens.

Culture for Solidarity seeks to build and unveil a transnational network of agents and projects working on participatory cultural practices, to generate a better understanding of how some collaborative cultural practices promote solidarity. The aim is to support cultural institutions in Europe that work by including their audiences rather than treating them only as recipients of their projects and to develop an intersectoral and intersectional approach that combats ideological and social polarization.

Culture for Solidarity is a project composed of 4 main activities:

ZEMOS98 has spent years trying to research and practice a culture that is not just an object of entertainment but rather a tool for social transformation. This project goes one step further and builds networks and translocal communities in which we try to draw attention to and map out European cultural projects that promote inclusivity at a time of political and social polarization.