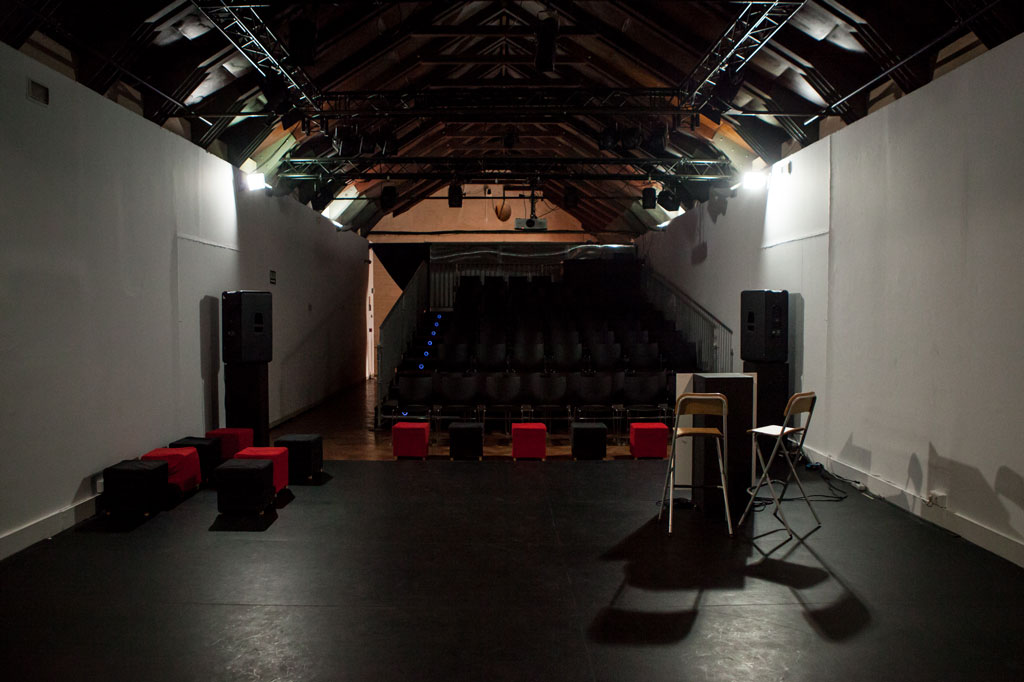 Here we lie, and from here we rise

The year: 1998. In the El Viso del Alcor, Dolores Peralías goes to great lengths to finish a stew that will result in a group of 15 year olds with a collective intuition. What if we create a cultural association? But as almost always happens in life, history pays more attention to the results than the journey. And, oh! Those stews from ‘the grandmother of zemos’ were food for thought, and those stews are the seed and the metaphor for many things that will come to pass.

The year: 2005. The recently created Institute of Culture and Arts of Seville puts on a press conference that ZEMOS98, as a principal part of the programme, should attend. For the first time, the Festival moves from the village and takes place in Seville. We arrive late to the conference. Stressed. Waiting to be justifiably chastised. Instead, when the responsible of ICAS takes the stage we hear the words that will resonate with us over the years to come: “ZEMOS98, this indomitable group of young people…”.

The year: 2008. We decided to celebrate 10 years of the Festival. With limited financial ability, but an obstinately beautiful naïve ambition, we put on our most impressive Festival yet. On top of all of the performances, Israel Galván with Orthodox and Fernando Terremoto to name a few, we organise a great Participatory Action Research laboratory with 10 workshops taking place concurrently. Out of this madness, remixing the remix and going back to the future, one of our best books ever is born: “Código Fuente: La Remezcla” (Source Code: The Remix).

The year: 2012. The crisis has struck and we’re no longer beautiful children of innovation. We enter a phase of recession. We decrease in size. We give talks titled “What we shit on”. We’re no longer indomitable young people. The budget for physiotherapy increases as the spasms start to appear. We’ve got lots of debts and we decide to ask for help. Just when it seems that all we can do is die with dignity, we’re given a six-figure loan. And, at the same time, Copylove is born, also giving us something: a new theoretical direction.

The year: 2015. The Festival, the project of our lives, finally dies. Now there aren’t only spasms. Now there are babies, nurseries and pediatricians in our lives. But there are also new people in the project, people who have entered with energy and new intuitions. We’ve moved from the centre of Seville, and we’ve had an international focus for a few years now. Our third party debts have reduced to almost nothing, and although we still have to return the loan to COOP57, the load no longer feels so heavy. But they say that before you die you lose weight for the last time.

The year: 1918. In his preface to the work of Silverio Lanza, Gómez de la Serna explains that one of the writer’s manias was death, he kills himself in all of his novels. He saw himself die many times. He attended his own death, calm and ironic. “He kills himself as many times as he needs and comes back to resurrect himself in future works”. Silverio Lanza appears in an impossible conversation with Paul D. Miller in “Código Fuente: la Remezcla”.

The year: 2018. Perhaps the same has happened to ZEMOS98. The story of our crisis has been so transparent and we’ve provided the best burial possible for the Festival, the project of our lives, that many people think our organisation is dead. Yes, here lies ZEMOS98. But there is still cerebral activity. It never stopped. Nor did the fight for survival in a hostile and precarious environment. Or the search for new learning and challenges. Or the self-care: taking ourselves by the hand and gently picking ourselves up, turning around to realise that, even with our errors and contradictions, we are e still here. So that our collective aching body leaves behind the nocturnal laments, the tombstone of the festival and the shared mourning, and rises to say with the determination of the dawn that we will keep trying on this new day; we will keep searching for a voice that enables us to say everything that couldn’t be said through the format of the festival.

On the 24th of January at 20:00 in the theatre of Hogar Virgen de los Reyes de Sevilla we will do a presentation in which we’re going to celebrate our 20th birthday (#20cumpledeZEMOS98). A celebration to share thoughts and opinions on a strategic plan we are inaugurating to tackle some of the challenges of today. And to play and observe ourselves from the future, avoiding utopias and dystopias, in the search for a narrative between the public and the intimate that is able to give a fairer measure of our realities. And to share a new visual identity that we’ve developed with Ricardo Barquín Molero.

(During 2018 we will be organizing different activities related to our 20th century. Stay tuned!)